To register for updates from Kate Eberlen, simply fill in the form below and hit sign-up.

Interview with The Bookseller 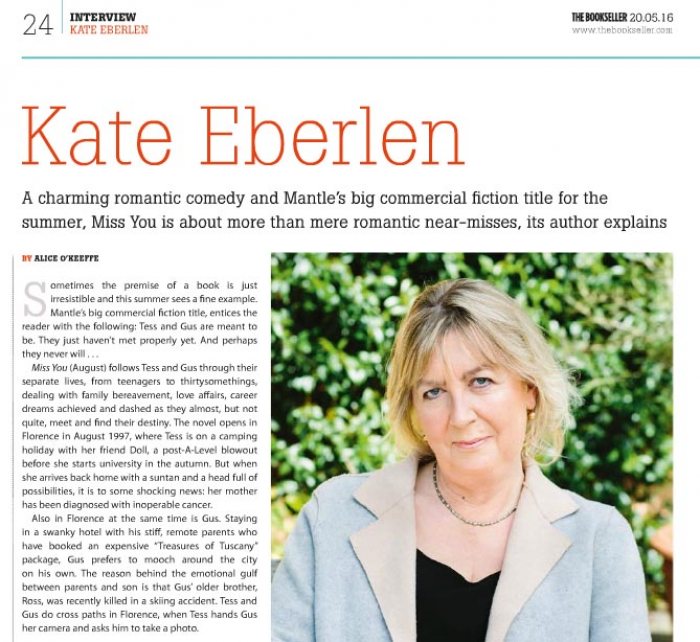 I really enjoyed meeting Alice O'Keeffe the other day, who interviewed me for The Bookseller magazine.

Here's an extract from the interview.

A Charming romantic comedy and Mantle's big commercial fiction title for the summer, Miss You is about more than mere romantic near-misses, it's author explains

Sometimes the premise of a book is just irresistible and this summer sees a fine example. Mantle's big commercial fiction title, entices the reader with the following: Tess and Gus are meant to be. They just haven't met properly yet. And perhaps they never will...

When I meet author Kate Eberlen, she explains over lunch that she has always been fascinated by "that idea of how many live cross ours every day. I often think about it, particularly on holiday. When you are [on holiday] somewhere in Florence you'll be doing the same route - almost - as other people. So you'll have these lives that are just next to yours for a little bit and sometimes you'll even pass them again, and at the end of the day you're almost on smiling terms. Then you might - or you used to, before selfie sticks -  say, 'Do you mind taking a photo of me?' So you'll be in somebody's life for just a moment."

This observation about how our lives "glance against" others became the germ of a novel one day when Eberlen was on a train travelling from her home on the south coast to London. "I was looking out of the window at all those rows and rows of terraced house and thinking, 'I wonder if any of those lives have ever crossed mine'." Then the idea struck. "I just thought, 'What if there were two people who were right for each other, but they just kept missing each other?'" The perfect title, "Miss You", popped into her head at the same time. 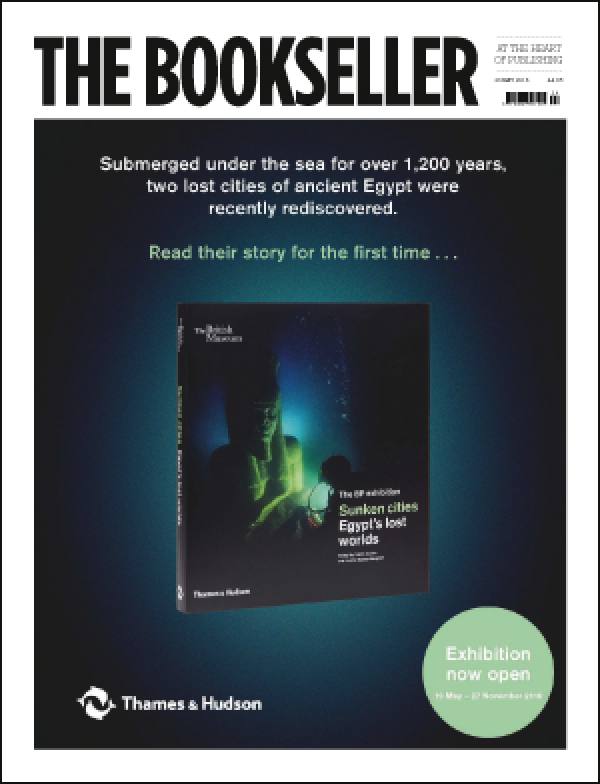 The interview was featured in the 20th May 2016 issue and can now be read in its entirety by clicking on the link below.

My love of dance and inspirations for Only You

I have written two blog posts about my love of dance and the inspirations behind Only You. You can read…

I’m absolutely thrilled that Miss You has been chosen for the Richard and Judy Book Club for Summer 2017. Some of…

Miss You is a Bestseller in Germany

I was so thrilled with the news from Germany that showed Tess and Gus making their way up the Spiegel Bestseller list. In…

This site uses cookies to store temporary imformation whilst you are using the site - this makes the site quicker to use.
These cookies contain no personal information and the data that they do contain are not shared with anyone, or used outside of this site.